While advertising today has gone beyond newspaper ads and 60-second television commercials, timeless lessons and marketing wisdom still remain for us to learn.

From advertising greats such as David Ogilvy to social media icons like Gary Vaynerchuk, be inspired by the collective wisdom from amazing individuals who have forged and redefined the marketing world forever. 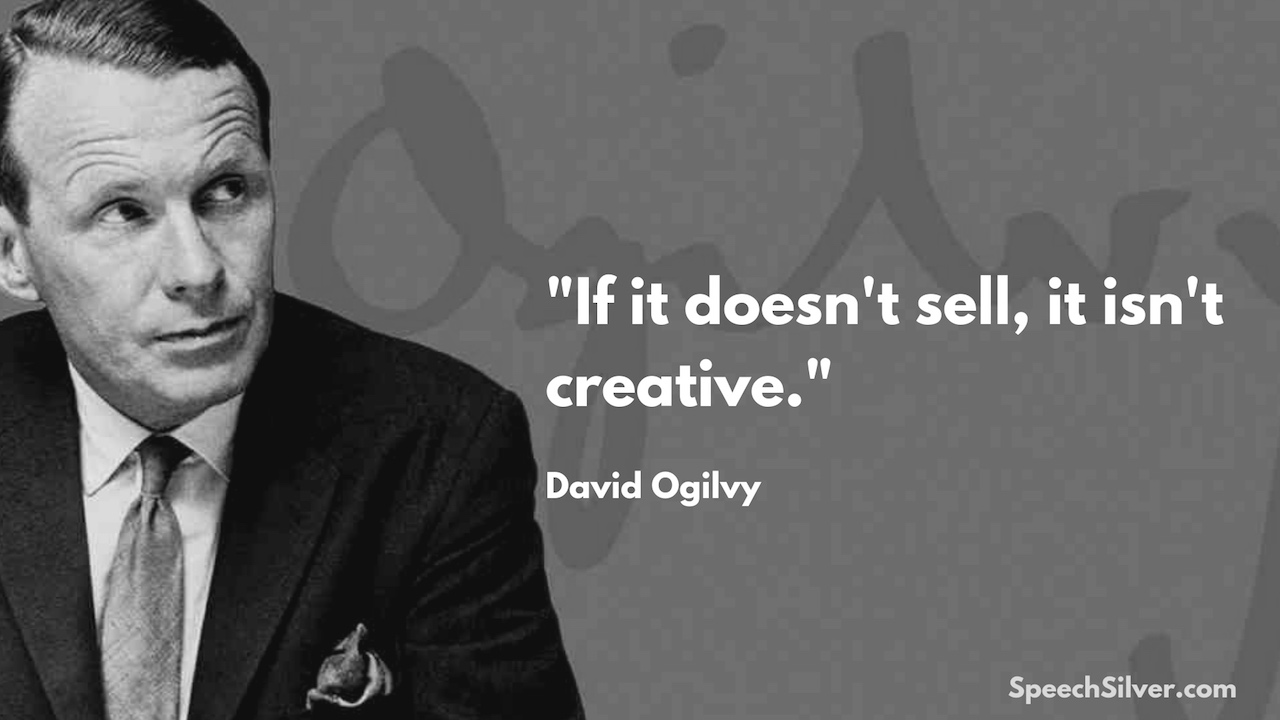 Advertising Quotes on Creativity and Imagination

1. “Advertising isn’t a science. It’s persuasion. And persuasion is an art.”

2. “If you break the rules, you’re going to stand a better chance of breaking through the clutter than if you don’t.” – Tom McElligott

3. “Talent, I believe, is most likely to be found among nonconformists, dissenters, and rebels.” – David Ogilvy

4. “Advertising is the ability to sense, interpret… to put the very heart throbs of a business into type, paper and ink.” – Leo Burnett

5. “All the creativity books in the world aren’t going to help you if you’re unwilling to have lousy, lame and even dangerously bad ideas.”
–
Seth Godin

6. “Chaos is the only thing that honestly wants you to grow. The only friend who really helps you be creative.” – Dan Weiden

8. “When I write an advertisement, I don’t want you to tell me that you find it ‘creative.’ I want you to find it so interesting that you buy the product.”
– David Ogilvy

9. “If there is any one secret of success, it lies in the ability to get the other person’s point of view and see things from that person’s angle as well as from your own.”
– Henry Ford

10. “Is creativity some obscure, esoteric art form? Not on your life. It’s the most practical thing a businessman can employ.” – Bill Bernbach

11. “Make it simple. Make it memorable. Make it inviting to look at. Make it fun to read.” – Leo Burnett

12. “The best ideas come as jokes. Make your thinking as funny as possible.”
– David Ogilvy

13. “You must make the product interesting, not just make the ad different.”
– Rosser Reeves

14. “Creativity isn’t about predictability, it has to surprise and challenge, it has to be daring and yet motivating.”
– John Hegarty

15. “The majority of businessmen are incapable of original thinking because they are unable to escape from the tyranny of reason. Their imaginations are blocked.”
– David Ogilvy

16. “You have to accept the creative process is completely dysfunctional. If you deny that fact, you will ultimately fail.” – John Hegarty 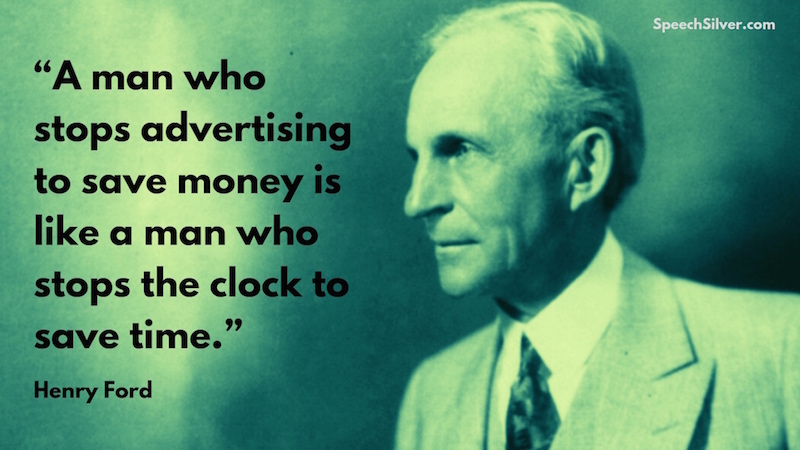 3. “Content is king, but marketing is queen, and runs the household.” – Gary Vaynerchuk

4. “Every single element in an advertisement – headline, subhead, photo, and copy – must be put there not because it looks good, not because it sounds good, but because testing has shown that it works best!” – John Caples

6. “For every curiosity headline that succeeds in getting results, a dozen will fail.”
– John Caples

7. “Go for the edges. Challenge yourself and your team to describe what those edges are, and then test which edge is most likely to deliver the marketing results you seek.” – Seth Godin

8. “Good advertising does not just circulate information. It penetrates the public mind with desires and belief.” – Leo Burnett

10. “I don’t know the rules of grammar. If you’re trying to persuade people to do something, or buy something, it seems to me you should use their language.”
– David Ogilvy

11. “Marketing is no longer about the stuff that you make but about the stories you tell.” – Seth Godin

12. “No sentence can be effective if it contains facts alone. It must also contain emotion, image, logic, and promise.” – Eugene Schwartz

13. “Now, if you truly understand how marketing works today, you know there is no individual six-month campaign; there’s only the 365-day campaign, during which you produce new content daily.” – Gary Vaynerchuk

15. “Unless a product becomes outmoded, a great campaign will not wear itself out.” – Rosser Reeves 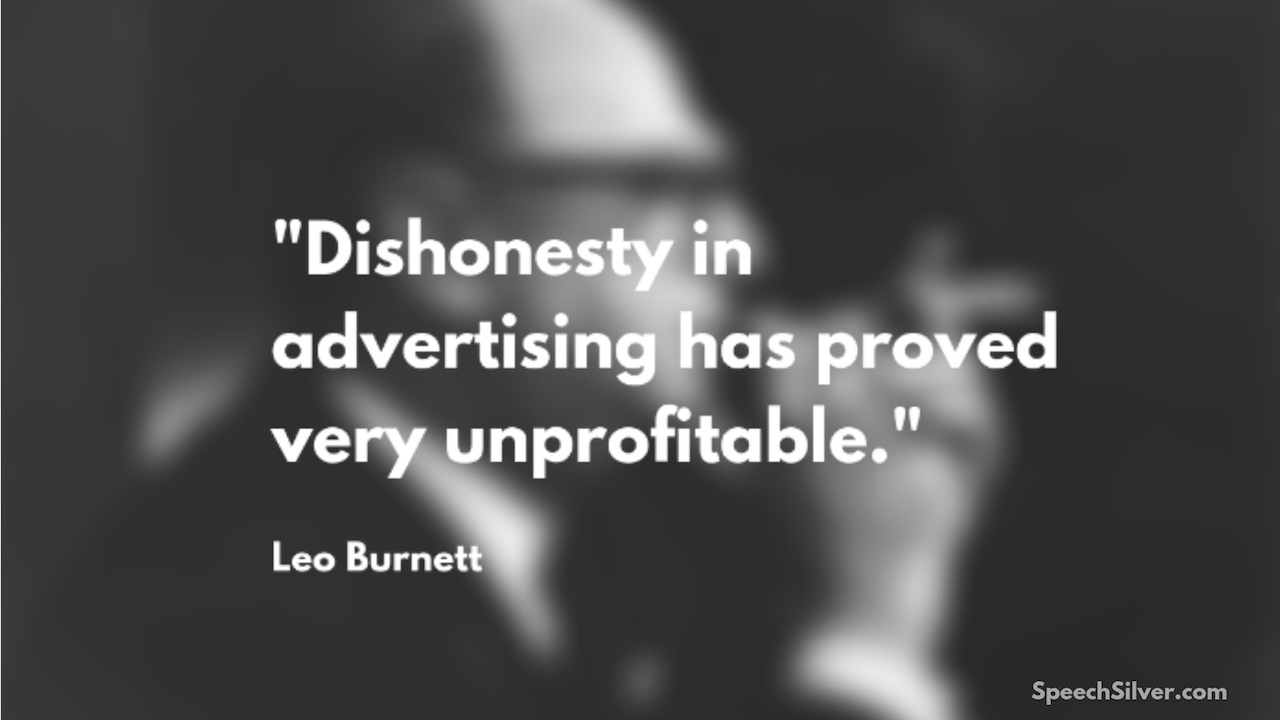 Advertising Quotes on Ethics and Integrity

1. “All you have in business is your reputation – so it’s very important that you keep your word.” – Richard Branson

2. “Anyone who thinks that people can be fooled or pushed around has an inaccurate and pretty low estimate of people – and he won’t do very well in advertising.”
– Leo Burnett

3. “I think the real risk comes in being willing to try to be authentic.” – Dan Weiden

5. “Quality means doing it right when no one is looking.” – Henry Ford

8. “You can’t fool all the people, not even most of the time. People, once unfooled, talk about the experience.” – Seth Godin

9. “Never write an advertisement which you wouldn’t want your own family to read. You wouldn’t tell lies to your own wife. Don’t tell them to mine. Do as you would be done by. If you tell lies about a product, you will be found out.”
– David Ogilvy 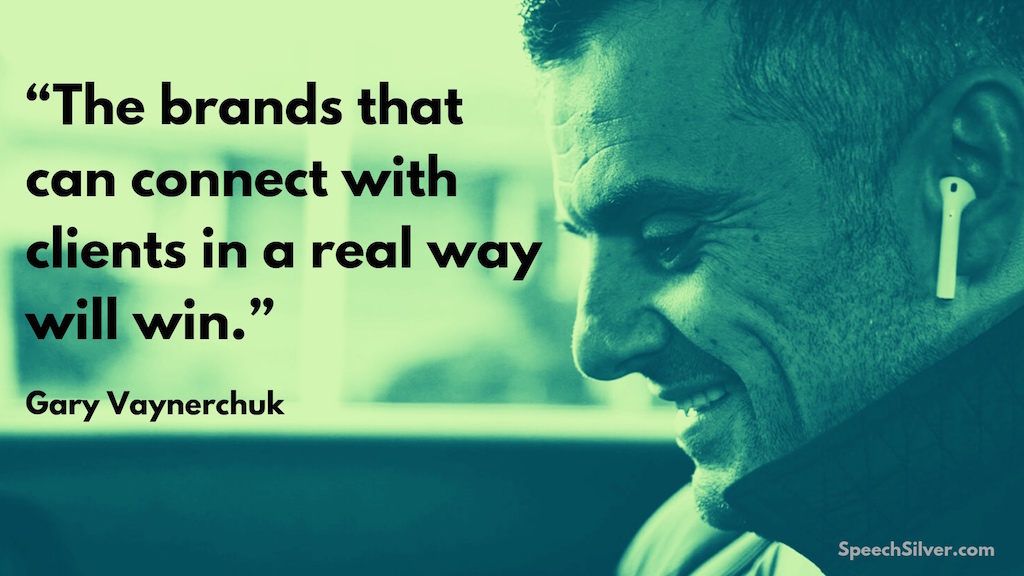 Advertising Quotes on the Customer

1. “Advertising must respect the intelligence of its audience and if it does not prompt them to think, it will be instantly dismissed.” – Maurice Saatchi

2. “Consumers still buy products whose advertising promises them value for money, beauty, nutrition, relief from suffering, social status and so on.” – David Ogilvy

3. “I am one who believes that one of the greatest dangers of advertising is not that of misleading people, but that of boring them to death.” – Leo Burnett

4. “I’d much rather overestimate the intelligence of the consumer than underestimate it.” – Tom McElligott

6. “People do not buy goods and services. They buy relations, stories and magic.”
– Seth Godin

7. “The brands that can connect with clients in a real way will win.”
– Gary Vaynerchuk

8. “To impress your offer on the mind of the reader or listener, it is necessary to put it into brief, simple language. You have got to hit them where they live in the heart or in the head.” – John Caples

11. “You can say the right thing about a product and nobody will listen. You’ve got to say it in such a way that people will feel it in their gut. Because if they don’t feel it, nothing will happen.” – Bill Bernbach

While the above advertising quotes are gems of wisdom by themselves, why not immerse yourself into the world of advertising?

Here are 3 more resources for you to deep dive into:

Discover who America’s greatest copywriter was and learn from his work.

Enter into the mind of Leo Burnett (creator of the Jolly Green Giant & The Marlboro Man) with 12 advertising lessons to appreciate today. 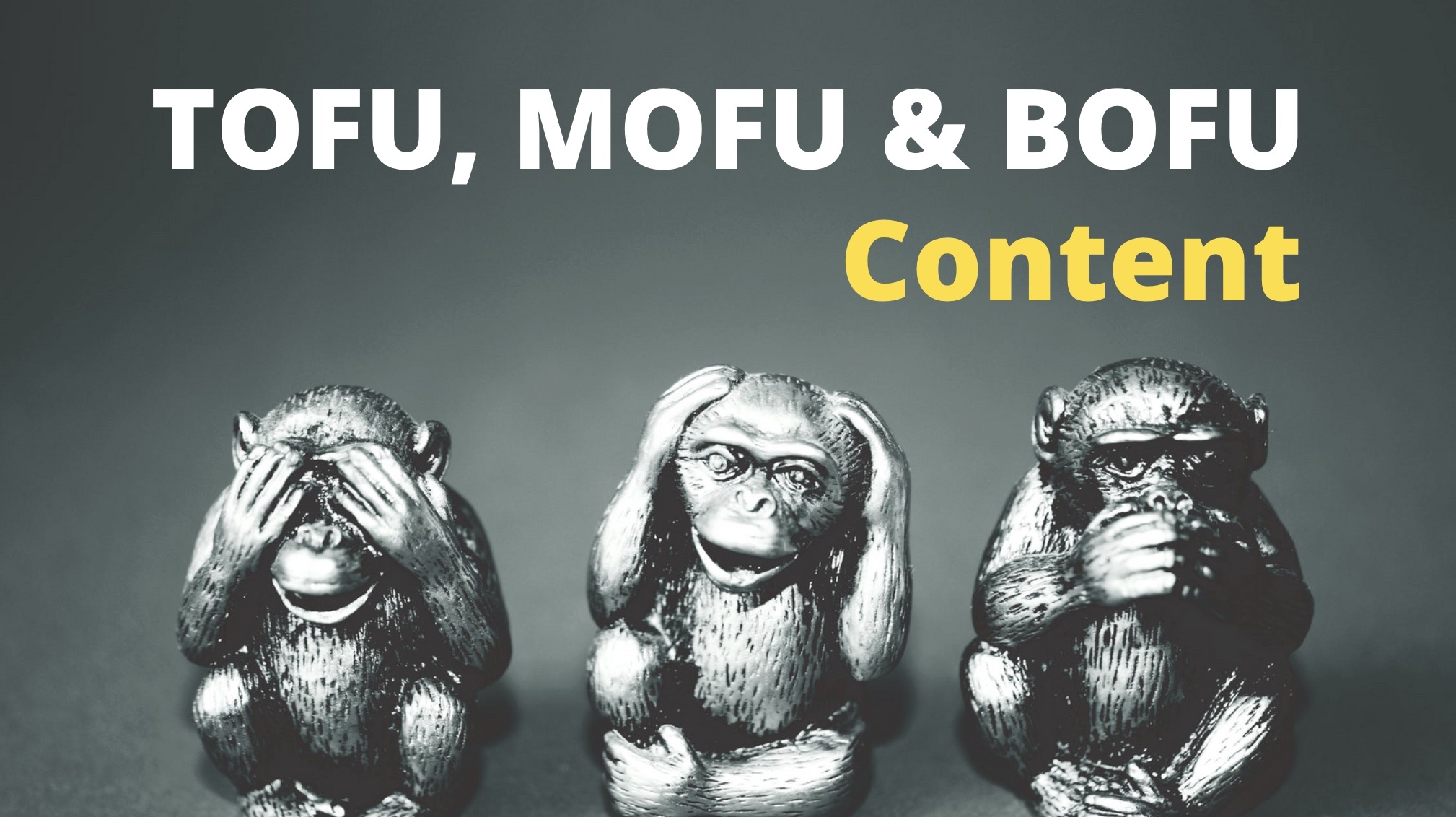 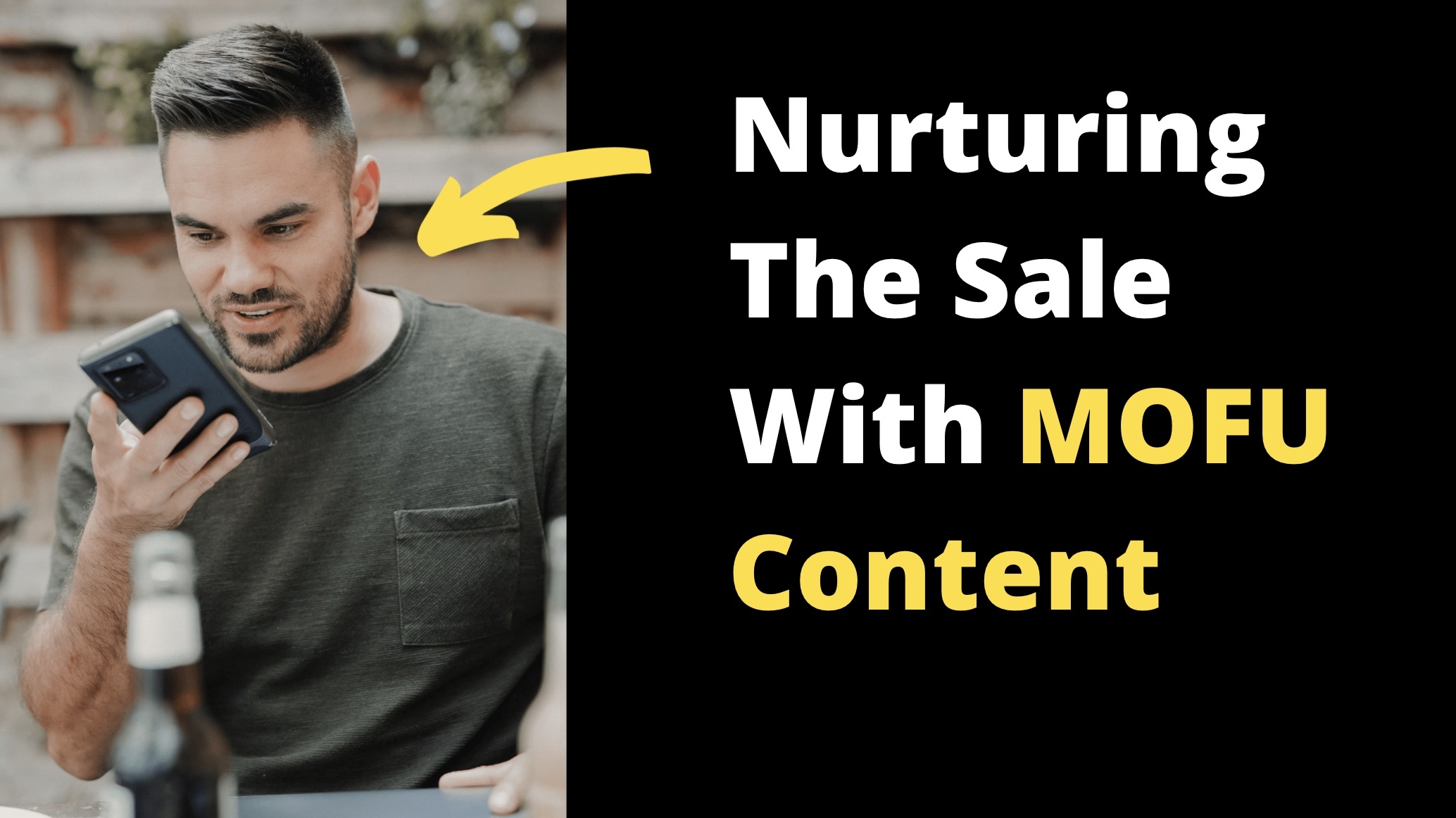 Middle Of The Funnel Content: How To Nurture Your Leads For The Sale 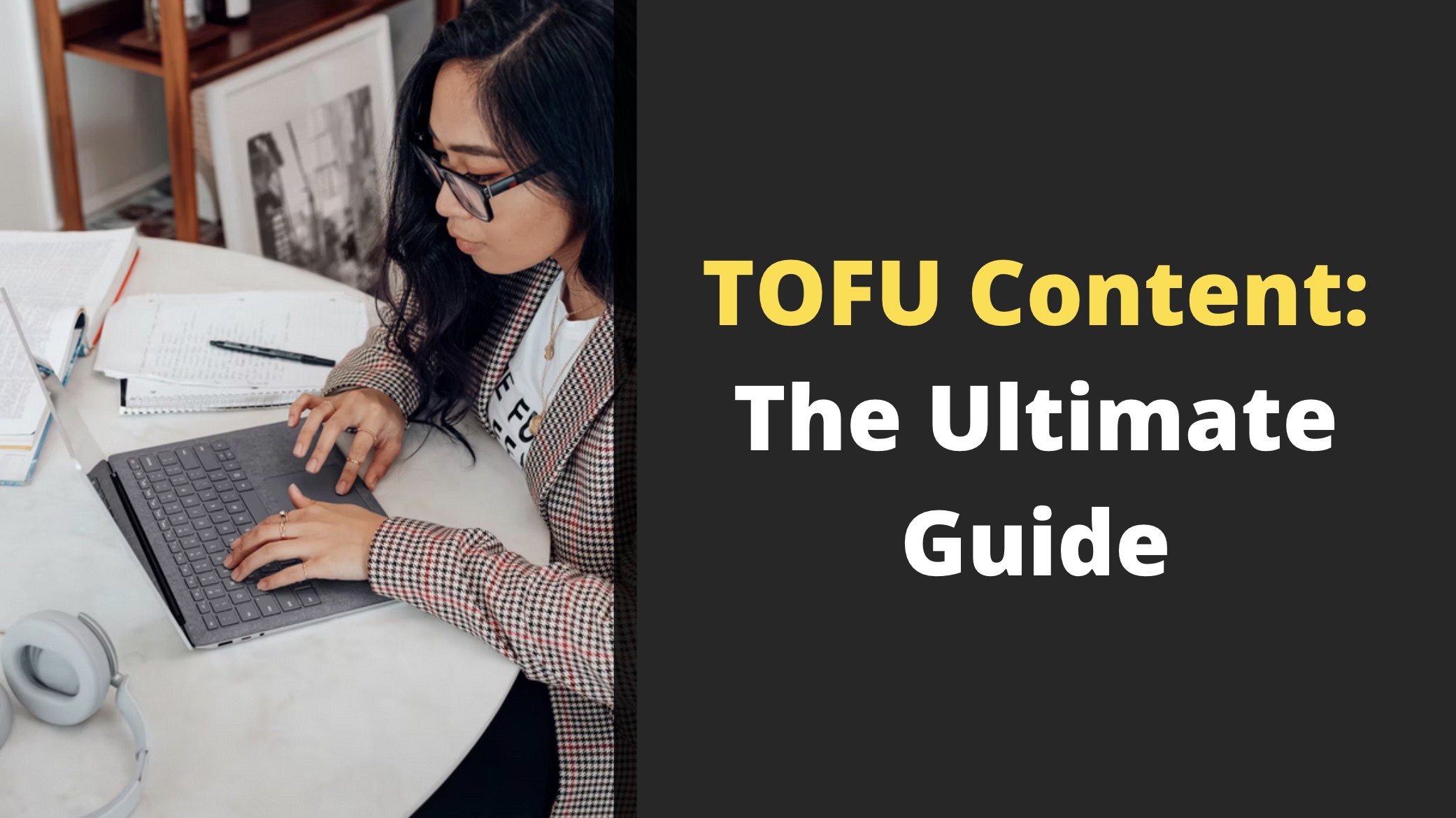 Top Of The Funnel Content: 8 Strategies To Drive Targeted Traffic (with examples!) 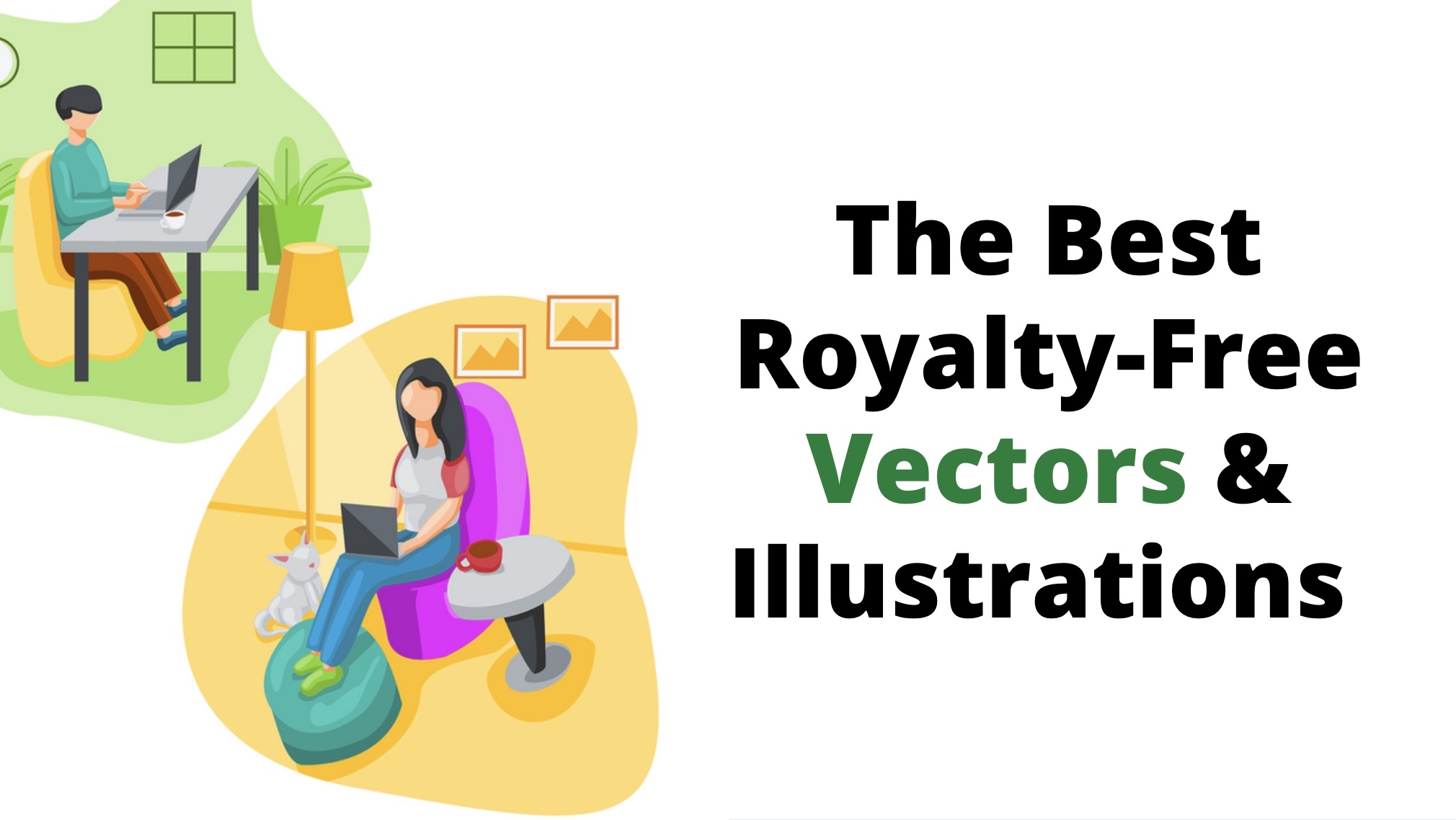 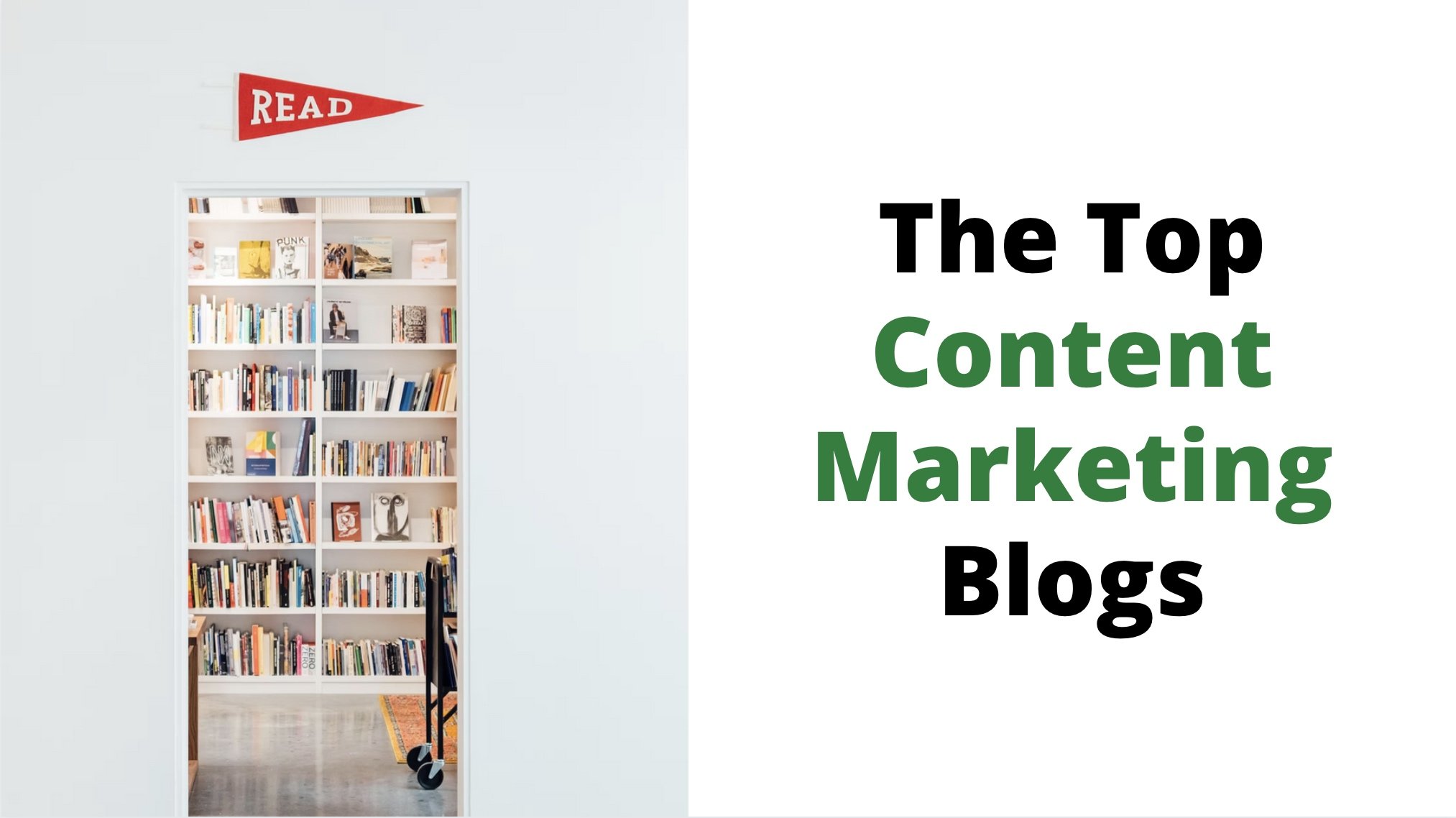