But not all writing is equal.

…while others muddle the meaning!

In this article, you will find 9 tips to help you write clearer.

These will help you influence people, be it through:

Which makes clear writing one of the most under-rated skills you can have.

Why Clarity Is Important In Writing

So you lose the chance to win them over.

Got a ground-breaking idea?

If you don’t capture readers’ attention in 8 seconds, they’ll just click away or zone out!

So keep your messaging clear and on point – and clarity will be your best friend to accomplish this!

They feel scared that they may make the wrong decision.

That means they won’t buy anything from you.

Clarity dispels confusion, so your audience hears you out at least, giving your brand a chance to convince them.

3. Clarity Frames The Writer As An Expert

Contrary to popular beliefs, simple writing is the true sign of expertise.

Jargons make you look impressive – but that’s it.

They confuse readers and repels them, making you lose any opportunity to win them over.

Experts realize the importance of bringing complex ideas across simply.

That’s why they do it, even if it might be harder.

4. Clarity Is Critical For Digital Marketing

Clarity is critical for User Experience (UX), which forms the backbone of your digital marketing campaigns.

Clear writing compels visitors to dwell longer, so you rank higher on Google.

Simple words keep readers reading to the end, so they buy your offer.

In other words, clarity boosts your campaigns.

So, how can you write clearer then?

How to Write Clearly and Effectively – Our Top 9 Tips

“Ever came across sentences that seem to ramble on, leaving you unclear about what they’re saying when they actually have little purpose or meaning about the subject that will leave you wondering what is…”

You get the point.

Short, straight, simple – that’s the best way to get your message across.

Long sentences turn your readers off.

One of the most shared articles on Ted – “How to turn small talk into smart conversation”, utilizes short sentences that are sharp and concise. 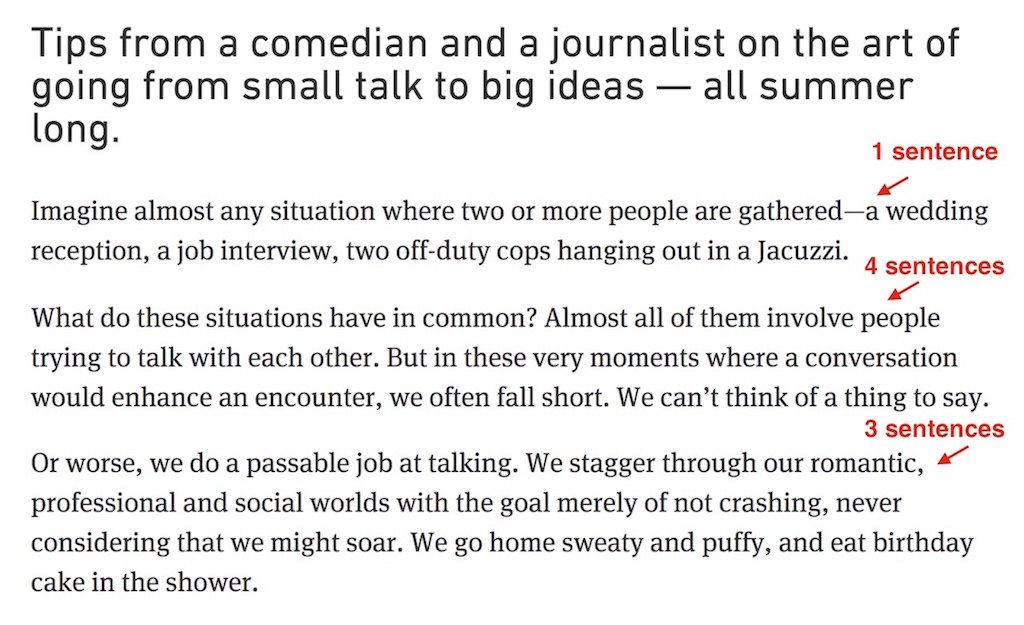 This allows readers to fully digest the story and adds more emphasis on the points being made in each sentence.

Unless you absolutely need to write a longer sentence (that has to add value to the narrative), opt for a shorter one instead.

Not only will it be much easily understood, but you also stand a higher chance of not losing their attention!

2. Have Only One Idea per Sentence

Have many things to say?

Slow down when sharing your message!

Cramming ideas into a sentence confuses your readers.

It’s like a 7-year old sharing his first day of school.

He blabbers, throws ideas all over, making his mom feel overwhelmed.

“When you don’t brush your teeth, your teeth will decay and it will hurt so you will feel unhappy.”

What is it trying to say?

The consequences are all over the place and it’s hard to know which to focus on!

“When you don’t brush your teeth, your teeth will decay.

It will hurt, and you won’t be happy.” 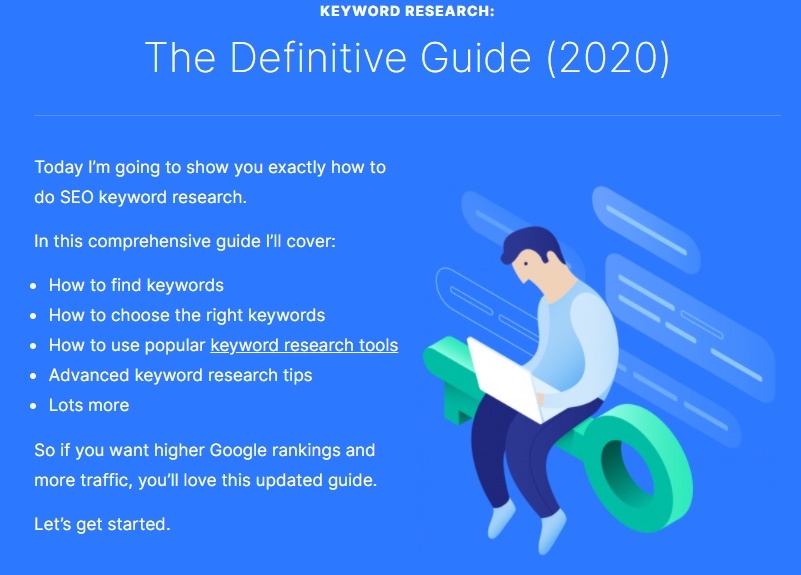 To make it easy for readers to follow what he’s saying, Brian Dean of Backlinko doesn’t just use short sentences.

He introduces only one idea per sentence.

The next few bullet points each share a different aspect the article will cover.

The second last sentence (“So if you want…”) relates the article’s scope to the readers’ interests – “higher Google rankings and more traffic”.

The last sentence (“Let’s get started.”) then draws readers into the rest of the article.

By sharing only an idea per sentence, readers don’t feel overwhelmed absorbing all the ideas Brian shares.

This keeps them interested in reading the rest of the article, for Brian to achieve what he wants – attracting leads for his business.

3. Reduce the Use of Fancy Words and Complex Language

Imagine you see this while reading health tips:

”Consuming an apple once every day saves you from multiple health ailments.”

Do you feel empowered to take care of your health?

“Eating an apple once every day saves you from multiple health issues.”

In fact, you might want your sentences to be readable by 7th graders.

“An apple a day keeps the doctor away.”

This makes them fun and catchy to read.

Not sure how readable your message is? Try the Hemingway App.

Even this article from Medical News Today keeps its language simple. 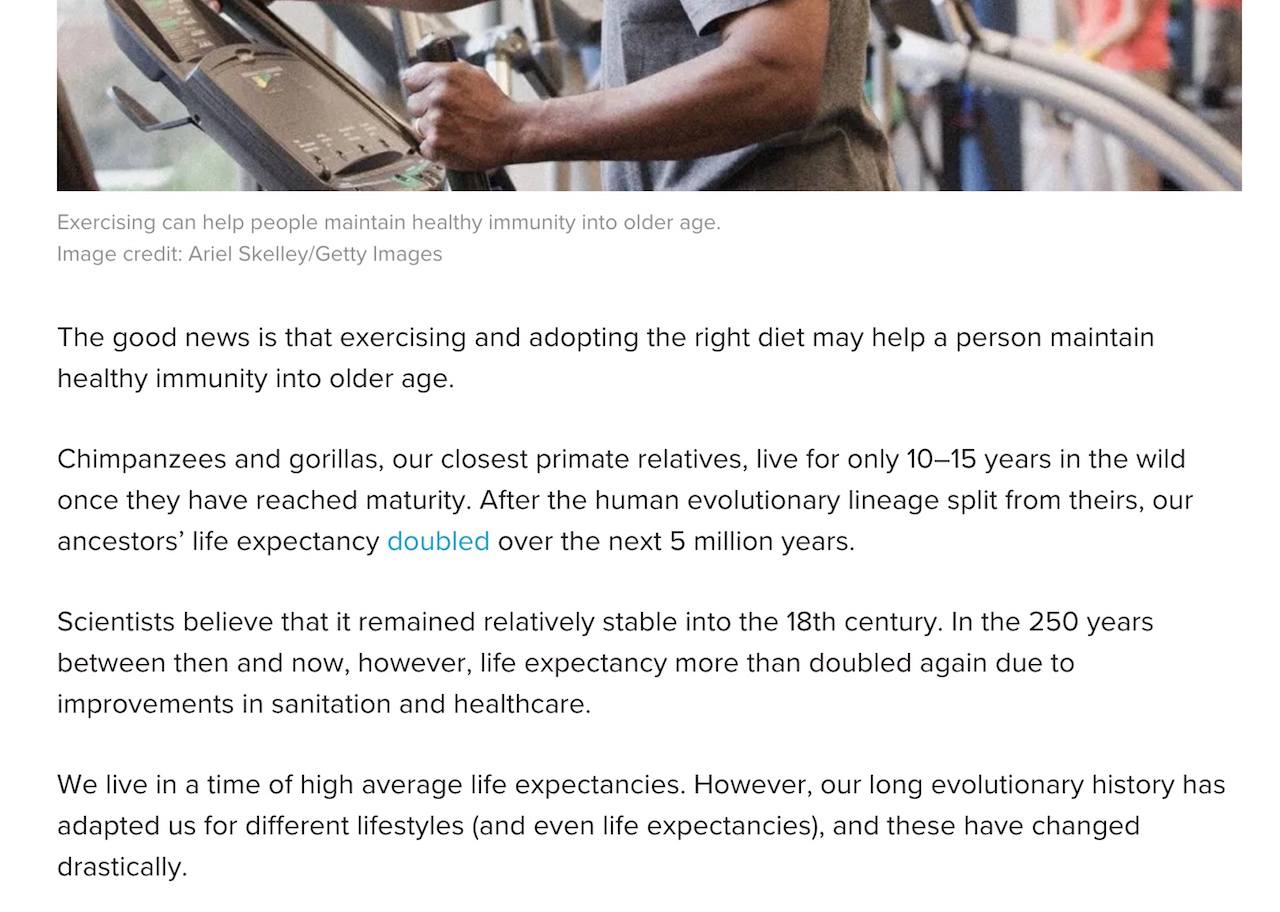 Their jargon use remains sparse.

At most, a few slightly complex words:

Are used, but even these are understood by most readers of their site.

This keeps the site’s content approachable to most layman readers for them to achieve their aim (as taken from their About page):

Help readers feel confident in making informed health choices for themselves and their loved ones.

Let’s say we were sharing how a boy overcame his bullies.

He had enough eggs for breakfast.”

How is the second sentence relevant to the story?

He stood his ground and didn’t budge.”

However, it doesn’t say anything new.

It only expands on the first sentence, of how Jim “refused to step back”.

This makes the story boring.

A story flows best when each sentence carries it forward.

He looked his bully in the eyes, and threw a punch at him.”

This makes the message more interesting! The article begins with a narrative to introduce readers to the topic of how the 2020 COVID-19 pandemic is affecting luxury travel in China.

Each sentence in the narrative adds relevant, new details:

“It was the end of January.” – gives the time

“Some of them, including…” – shares what the characters in the narrative want to do

“…but news was spreading…” – shares the problem that the characters face

Which moves the story forward, and keeps readers engaged!

This helps the article pull readers along into its main message of how the “inbound tourism market will take longer to recover than most” in China.

Where it continues to add new, relevant details in each sentence to keep them engaged.

All these allow South China Morning Post to continue attracting readers and retain its position as a leading news source.

5. Clearly Frame The Subject in Your Sentence

“There were many girls at the party. She spilt her drinks on Jenny.”

Sometimes, we assume others know what we are saying.

However, they don’t always do.

Glossing over minute details can smear your sentence’s clarity.

Be aware of when your subject may be vague.

And see if they are clearly defined.

If not, touch them up with specific details.

“John threw the ball at Jim.”

vs “He threw the ball at him.”

“William’s mistake burned the house down.”

vs “It burned the house down.”

Framing the subject in your sentences will help save readers the trouble of guessing!

6. Write in the Active Voice

Active voice is when the subject does the action.

Passive voice is when the subject is being acted upon.

Passive voice: “The ball was thrown by Tom.”

Notice in the first sentence, Tom, the subject, is doing an action – “threw”.

Yet in the second sentence, the ball is the subject. The ball is getting “thrown”, and by itself is not doing anything.

Notice how the first sounds bolder than the second?

So write with an active voice whenever you can.

This cold-email by Bryan Harris of GrowthTools shows an example. 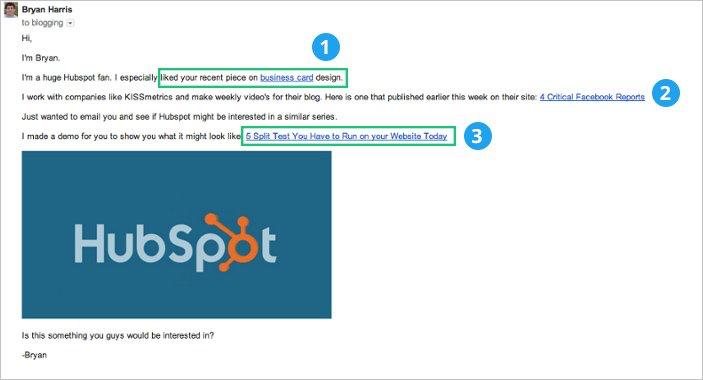 Even the manager of content marketing strategy for Hubspot, Ginny Mineo, praised how this pitch stood out and hooked her attention!

Amongst a few things that made this cold email work was how it was direct – it asked if Hubspot was interested after seven sentences.

This is partly made possible by Bryan’s use of active voice:

“I especially liked your recent piece…”

“I work with companies…”

(Where Bryan, the subject, remains the one doing an action.)

And won him what he wanted – a video-making contract with Hubspot!

Still unsure on how to tell active and passive voice apart?

Try the “by zombie” test.

If a sentence (strangely) makes sense by adding “by zombie” to the end, it is written in passive voice.

“The ball was thrown (by zombies).”

“Elizabeth was swept off her feet (by zombies).”

Be sure to also check out this wonderful collection of 89 cold emails that effectively use the active voice to better connect with your readers.

A redundant word (or phrase) is one that carries the same meaning as the one before it.

That’s why you can eliminate either to shorten the sentence.

Either ways, the resulting sentence will carry the same meaning as the original.

Redundancies can be found by reading your draft out.

When you find them, cut them away!

They are words (or phrases) that add no meaning!

“From what I see, the steak was too well-done.”

The “from what I see” phrase adds no meaning – it just lengthens the sentence.

Other common fillers are:

Fillers tend to sneak in when we write as we speak.

Don’t get us wrong – writing conversationally is great.

However, do still keep your writing concise.

They describe how an action was carried out.

“The squirrel ran quickly towards the tree.”

In this case, “quickly” intensifies the speed at which the squirrel ran.

The issue with adverbs, however, is that they’re often unnecessary.

Running is fast by nature.

“Quickly” hence adds no meaning to the sentence.

“The squirrel ran towards the tree.”

That attempts to intensify sentences but often fails to do so.

“Ran” does not evoke vivid imagery in readers’ minds.

“The squirrel pelted towards the tree.”

“Pelted” evokes a feeling that the squirrel was nervous, possibly frightened, which led it to retreat to safety.

Replace bland verbs or adverbs with them.

MailChimp’s home page (which doubles as their landing page) cuts all adverbs from its message.

Without adding qualifiers which would have weakened each verb’s impact.

Here are 249 power verbs to supercharge your writing!

Wrote your draft and want to edit?

Editing can feel like a chore when you’ve invested much effort into writing.

Fortunately, there are tools to help.

Both can help you spot and edit your writing gaps.

Bonus Tip #2: Hire An External Editor to Run Through Your Work with Fresh Eyes

Even if you do your edits, you may do so with leniency.

You may feel too invested to detach yourself from your writing.

That’s where hiring an external editor may help.

An external editor can clean your garble into neat sentences.

This matters when there are huge stakes – to appeal to investors, your boss, or prospects.

Even the smallest mistake can ruin people’s impression.

All these tips will fly by your head if you don’t practice.

So keep writing, editing, and you will improve.

Whenever you are writing anything whether it’s an article or an email, practice some conscientious self-editing – it will open your eyes to your writing tendencies! 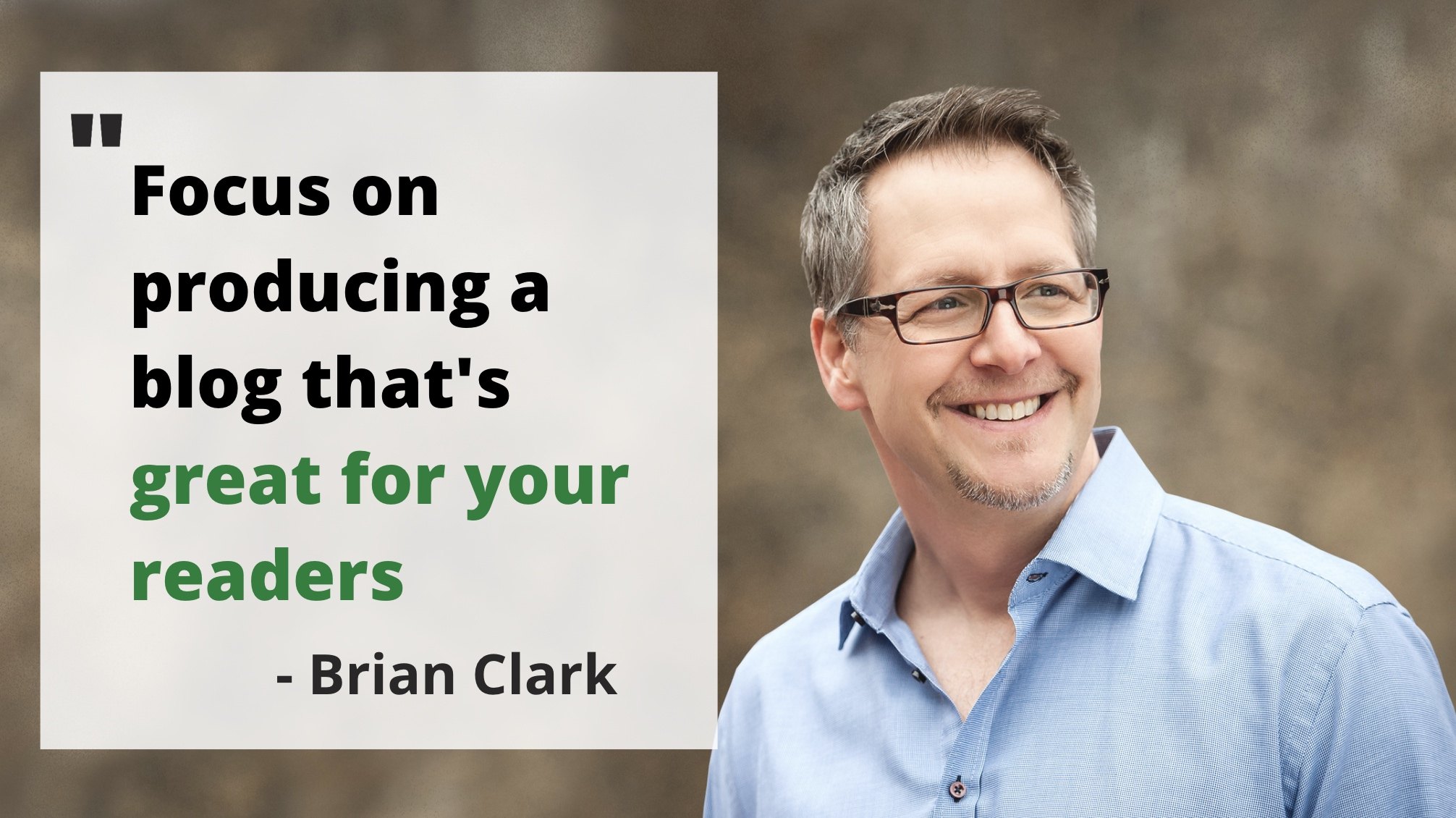 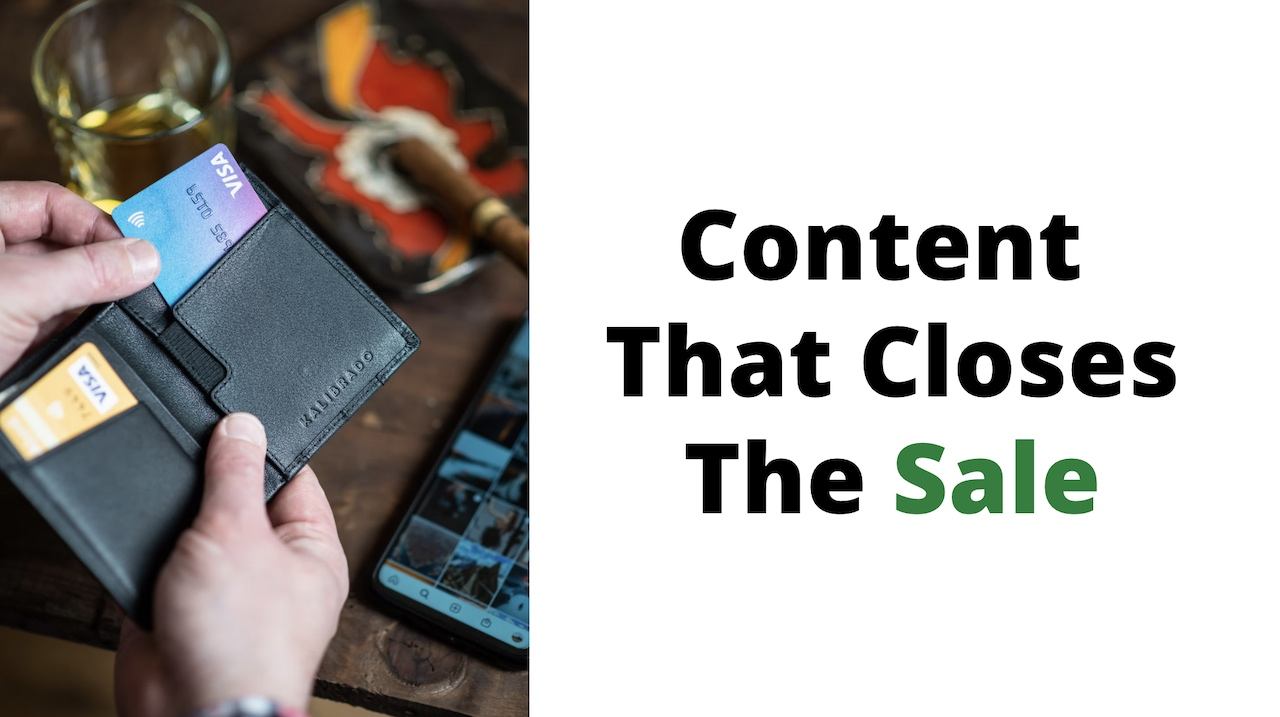 Bottom Of The Funnel Content: 9 Ways To Convert Prospects Into Customers 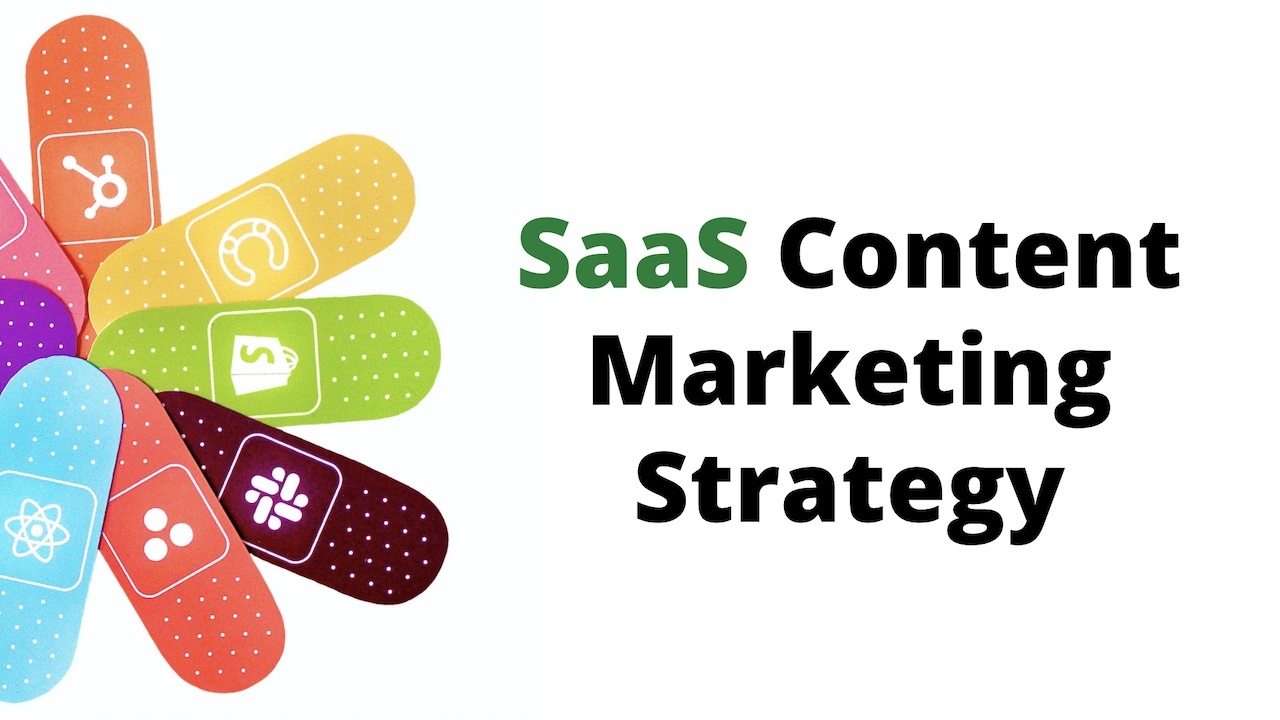 SaaS Content Marketing Strategy: The 12-Step Guide To Leap Past The Competition